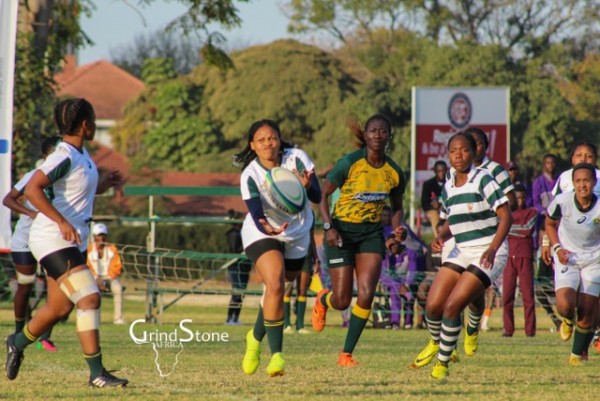 The Zimbabwe Under-20 Women put up added impetus to their resistance as they tried to salvage some pride in their 67-10 loss against the South Africa Under-20 Women in the second and final match in their bilateral series at Prince Edward, Harare.

The victory earned South Africa a 2-0 series win after enjoying a flawless 43-0 victory in the first match on Wednesday.

Once again the visitors opened with an early try and were relentless in their resolve.

Zimbabwe put up a better fight, showing signs of brilliance with ball carries and an aggressive defence.

Their structures, however, did not hold against South Africa despite scoring their only try in the series a few minutes before the halftime break to trail 34-10.

The second half was a freefall of tries for the visitors as South Africa were clinical in their execution.

Victorious Captain Tyler-Jane Coleman was ecstatic as her team proved their worth against a credible opponent.

“We all enjoyed it, we fixed all the stuff we needed to work on form the first match and we said today we are giving it our all and putting our bodies on the line.

“Yes Zimbabwe came at us a bit more physical, but we came back 100% stronger,” said Tyler-Jane Coleman.

“I think we made a lot of errors and they scored off our errors.  Each time you make an error at this level you get punished and they did that,” said Sibanda.

The bilateral series was a first for both nations at Under-20 level.

Both sides will look forward to more game time and more competitive fixtures in the near future.

“Next for us we carry on training, we have in inter-provincial league and we have a tournament coming up for the senior team – some of us will be selected to come up and play there so training is key after this,” said Tyler-Jane Coleman.

While Zimbabwe hopes to salvage some pride having learnt crucial lessons in their loss to the visiting South Africans.

“The plan is to promote some of these girls to the seniors, we are preparing towards the world cup so the next thing is for the girls to travel across to South Africa and play against this team again,” said Sibanda.

Odera pleased with the skill level displayed at Chipu’s trials

South Africa crowned champions and Kenya book their Spot at the...

APO Group 14th October 2019
We use cookies to ensure that we give you the best experience on our website. If you continue to use this site we will assume that you are happy with it.Accept